I bought a dollhouse. Like I need another project but hey, it's all about me right? (Maybe that's just with wedding stuff at the moment but I'm stretching the shoe to fit okay?) I bought THIS ONE. I had a 50% off coupon for AC Moore and figured it wasn't getting any cheaper than that. I was at my parents house when I purchased it and my Dad rolled his eyes and said "I remember when your mother went through that phase." Thanks Dad.

Anyway, I have been wanting one for awhile now and I'm really looking forward to getting started. AFTER THE WEDDING. I was incredibly inspired by THIS and THIS. And seriously, why is everything tiny so cute? I already have loads of ideas bursting about how I'm going to make tiny pillows and bed spreads and newspapers! Oh boy.

I mean look at that cuteness?? And I can make this, right? I mean I have paper coming out of my ears and you know I don't throw anything away so I have a whole file of SCRAPS. (That would be #7 on the list of weird things I guess.) I need to build the house first which Luis said he would help with. He actually sounded sort of excited but he does have a knack for putting stuff together.

In anticipation of doll house construction I plan to overhaul the craft room first. At the moment, there is a futon in there. We have three bedrooms and it just made sense to me that one of them should be able to be used as a guest room despite the fact that we shelled out the major pesos on a nice pull out sofa bed in the living room. Luis and I slept on that futon when my parents were here and it was the most God awful thing I think I have ever laid upon. My sincerest apologies to anyone who has to endure it's crappiness. So it's being relocated to the basement for doggie enjoyment and I'm in the market for a new "surface" for that side of the room.

So where do you go to look for a surface? Ikea of course. I could go the temporary route and get one of these:

I already have this desk in there and it's only $59. So it will match the other one and hey, it's disposable if I find something I really love. I dream of antique furniture and all that good stuff but I have to face reality and just get something functional right now. Plus I can add some rolling carts to the bottom for storage. It's also 29 inches deep which is plenty for the 24 inch deep doll house.

I am considering this as well:

This is more of a splurge at $400. Pros: it's real wood, it has wonderful storage drawers and it's counter high (it's supposed to be for a kitchen) which means I could stand or sit on a stool. Cons: it costs a bit more than I'm really prepared to part with, is only an inch and a half wider than the doll house and because it's so high (over 4 feet) the 3 foot high dollhouse will be a bit challenging to get to even though it probably won't LIVE in the craft room forever. So . . . . QUANDRY . . . get something cheap or splurge on something not quite right for the project of the moment but would be great as a craft room piece down the road. Talk amongst yourselves . . .

Rebecca
Posted by Rebecca at 9:40 AM

Heeey, my 9yr old has that same dollhouse! A wonderful internet friend's husband built it for her and shipped it all the way from PA! Gasp!

I bought myself one too - much smaller and a little smaller scaled.

How about after the wedding we do a Dollhouse interior swap like the one over on Allsorts? Mine is still sitting empty. Sigh.

And oh girl... check out this wedding shower over here:
http://heatherbullard.typepad.com/

How pretty is that!?!

Psst, glad you joined my giveaway.

I'm of the mind that you should keep looking until you find the piece of furniture you really like (otherwise you end up with more futon-like stuff). Is this your workspace, or a display space? If it's for working, is there really room for the dollhouse, too?

I haven't gotten into miniatures (yet!) Maybe when I have a little girl.

I love that second island from Ikea. I use antique/vintage furniture in my craft room. While it looks lovely, it isn't the most functional stuff on earth, so I am always torn between something new with great function or old with great style. Oh the dilemmas!

So funny,we blogerettes are! I too would love MY OWN (not for the girls) dollhouse. I say if you can swing it go for choice 2. Or look for something similar in Antiqu malls ,but that cost less.

Every time I see those dollhouses I figure that will probably be the only way I ever get a Victorian house. I will definitely make you something for it.

I was thinking of the same Ikea thing with the drawers before we got the retro table. It looks totally awesome and useful but would have taken up a huge chunk of my kitchen.

This is the second time I'm writing this comment - my computer/internet connection is so flaky today.

Anyway, I am so jealous of your new dollhouse - I had one as a child and,now as an adult, I am still obsessed with them. Eventually, when I get the time, I'll get around to having one of my own again. Have fun building and decorating it!

Regarding the furniture, I think the 2nd one from Ikea is better. It seems so functional and you'll probably have it forever.

Finally, thanks for visiting my blog the other day. I love your blog and will be sure to visit here often.

Now, THAT's a dollshouse,, I'm so jealous. Add me to the list of adults who love dollshouses. My daughter couldn't care less! I will watch it's progress with much interest.

Ikea is a great resource for craft rooms. I set up mine with a couple of kitchen countertops on desk legs. The surface works great! Can't wait to see what you do.

Hard to say on the Ikea pieces. The practical side of me says go for the first piece, but the gimme gimme side of me wants the second one! All those lovely drawers just waiting to be filled with wee little dollhouse goodies, right? Hard choice!

Love that doll house! No way would I be "allowed" to keep it for myself, dear daughter would consider it "hers"!
You are going to have so much fun decorating this! How about little chandeliers in each room?
Thanks for your lovely comments about Tom, he is doing much better :) 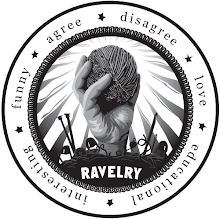